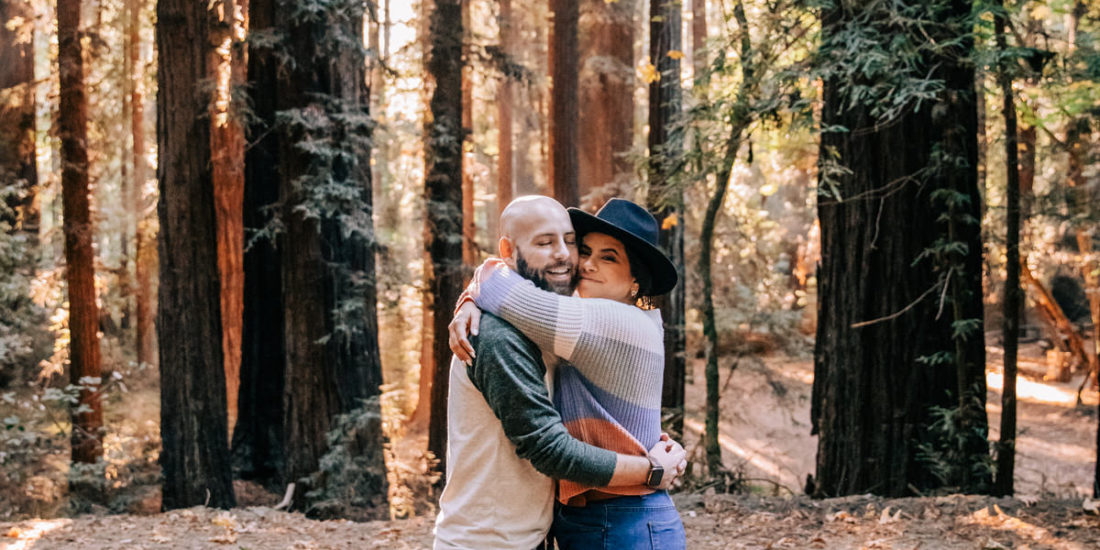 Ester and Yanni had their engagement session in Santa Cruz. New to the area, they chose areas that were meaningful to them both – the redwoods and the beach. It was a cool day in late fall. The leaves had begun to change colors. We wandered around the forest as gentle sun beams fell softly through the towering redwoods. As we walked further the treeline broke into a wide open field. Several Santa Cruz Mountain peaks provided a wild backdrop. We chased the sun to the beach. A gentle wind played with the incoming tide. Gulls rested on the rock formations nearby. I was so happy to be a part of this day. Congrats you two!

Looking for your engagement, elopement, or wedding photographer? Hit me up 🙂